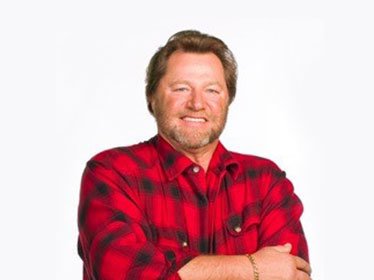 Babe has spent nearly 40 years on television. As the host of “Good Fishing” and “Outdoor Secrets,” Babe has a and a gift for communicating his love of hunting and fishing, and has developed a natural bond with the people who watch him fish and hunt on TV. 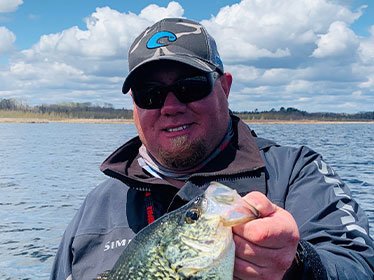 Brad Hawthorne, is one of the most recognized and respected anglers in the area, if not the state of Minnesota. Brad has been guiding for more than a decade and continually shares his warm, courteous, friendly and fun attitude.

With his years of experience on Mille Lacs lake, and the surrounding area waterways, guests can expect a full day of fish catching aboard Brad’s boat. The area has become well known for its abundance of walleye, but is also renowned for smallmouth, perch, and panfish. 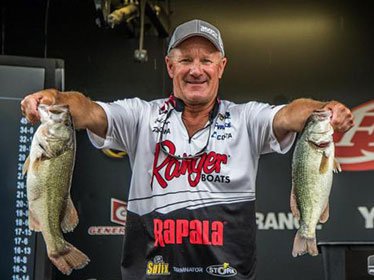 Brad Leifermann has been a professional tournament bass fisherman for more than 40 years and has over 25 first place finishes in bass tournaments. He loves to share his passion of the sport through tournament fishing, kids fishing programs and educational seminars. He is currently a Rapala Fishing Pro. 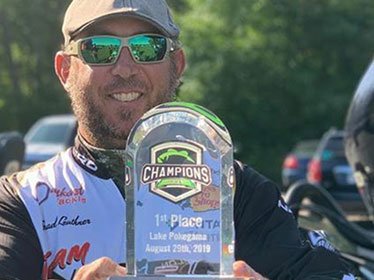 Brad Leuthner has fished tournaments for over 20 years. Some recent highlights include the first person ever to win two Classic Bass Tournaments including back-to-back. He won the first Black Fish Tournament on Minnetonka in 2018 and the Minnetonka Classic 2014. He is on the top 7 All-Time money list in Denny's Super 30. He’s also earned five top 10s in the Sturgeon Bay Open. Brad loves teaching kids how to fish and coaches the Minnetonka Bass Fishing Team. His sponsors include Nitro Boats, Mercury, Omnia, Dawia, Outkast, Garmin, Striker, Leuthner Well, Pentair, Sta Rite Pumps, Denali Homes. 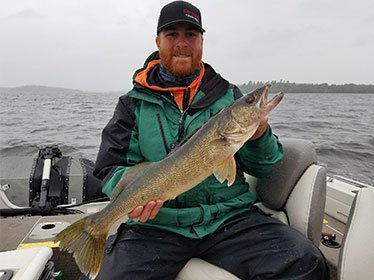 An Industrial Technology teacher in Hill City MN, Colby Gallagher enjoys spending his summers fostering his passion for the outdoors as a fishing guide and walleye tournament angler. Working with Leisure Outdoor Adventures, he shares his knowledge of  multi-species fishing with clients from all over the United States who visit northern Minnesota. 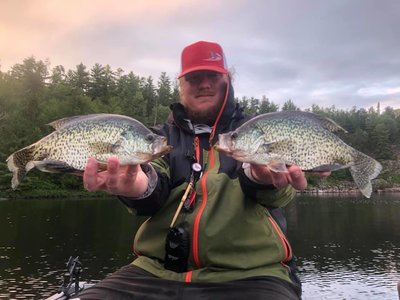 Captain Jarrid Houston's love of fishing and the support of his community, family,  friends and peers has helped him skyrocket into a flourishing professional angler in the industry. These days, it is not uncommon to find Capt. Jarrid doing a TV fishing show spot or writing for an article for a popular magazine or newspaper. Jarrid hales from the western most tip of Lake Superior's region of the Twin Ports, Duluth/Superior. He grew up fishing many countless lakes, reservoirs, flowages and rivers of NW Wisconsin and Northern MN. Like most anglers of the Midwest, Jarrid started cutting his teeth at a very young age chasing panfish. Over the years, Jarrid has challenged himself to catch trophy caliber panfish with a great amount of success. Through his adult life, Jarrid continues to build on his love for panfish angling. In his seminars, anglers will gain knowledge of what open water panfishing is all about and Capt. Jarrid will leave no secrets unturned.. 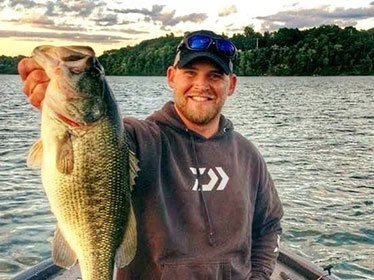 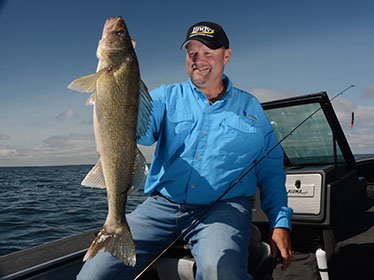 Jon Thelen has spent 15 years as a full time professional angler, fishing guide and educator. He’s competed in tournaments across the United States—ranging from Mille Lacs Lakes in Minnesota, south to the Bull Shoals Reservoir in Arkansas, east to Sault Saint Marie in Michigan and west to the Missouri River in North and South Dakota. Jon amassed 26 top ten finishes fishing various circuits, including several championship appearances and a 2008 5th place Angler of the Year finish while competing in the prestigious In Fisherman Professional Walleye Trail.
Jon currently hosts Lindy's Fish Ed Television which airs on the Fox Sports networks in the U.S. and Wild TV in Canada. Fish Ed Internet episodes can also be seen on YouTube. Jon has sourced over 100 magazine articles and has been featured on dozens of magazine covers. Whether Jon is in the boat on open water or drilling through the ice covered lakes of the Midwest, he strives to teach Midwestern anglers both tactical and locational lessons aimed at helping them catch more fish day in and day out, all year long. 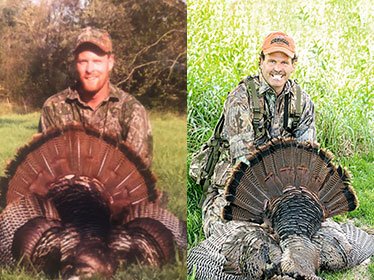 Kevin Hurst is a Regional Director for the National Wild Turkey Federation. He is an avid turkey hunter who enjoys mentoring new hunters each Spring! He has been a Wild Turkey Clinic Instructor spanning almost 20 years for the MN DNR and several Outdoor Retailers. He enjoys sharing his knowledge & experience hunting America's Grandest Game Bird—the Wild Turkey!

Mark Strand is Editor-in-Chief of MidWest Outdoors, an outdoor publisher that celebrated its 50th anniversary in 2017. He has hunted turkeys since 1979, one year after his home state of Minnesota began holding spring seasons. He has been a contributing writer for NWTF’s Turkey Call, Turkey & Turkey Hunting magazine, Realtree’s Turkey Special, and many other outdoor magazines. Strand has hunted turkeys in 14 states and Mexico (including the Yucatan) over the span of 38 years. He often travels April through May, from one turkey camp to the next. He belongs to the “Ray Eye coaching tree,” giving much credit to the MidWest Outdoors Field Editor for influencing his hunting style.
Strand lives in Woodbury, Minnesota, with his favorite turkey hunting companions, wife Jill, son, Willie, and daughter, Samantha. He is a member of, and volunteer for, East Metro Full Fans chapter of National Wild Turkey Federation. 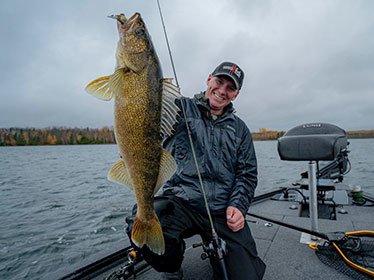 Kyle Peterson's career in the fishing industry began with nearly a decade of extensive field production for Lindner Media Productions. It was there that he advanced fishing and media skillsets to support diverse TV and production assets for the industry's largest companies. In his current role as the field producer at Wired2Fish, Inc., Kyle leads field production efforts in acquiring comprehensive how-to fishing content throughout the United States with Wired2Fish staff members and the nation's most prominent professional anglers. Kyle is a skilled multi-species angler well-versed in the use of electronics and artificial lures for popular gamefish species. 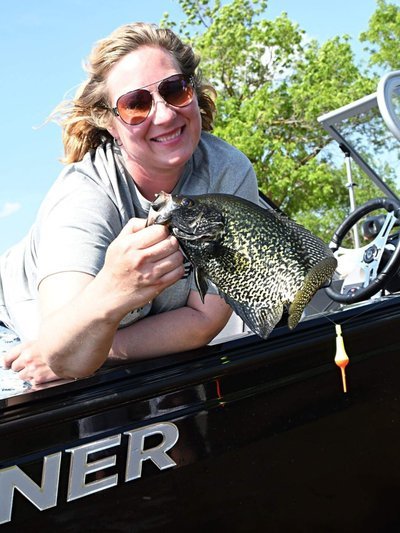 Alie Witthans
Alie has a passion for fishing and the boating industry, and enjoys learning as much as possible about all species in both seasons of open water and ice fishing. Acting as a steward of the industry is very important to her. She strives to ensure everyone with her learns about safety first, understands the rules and regulations of the water and fishing—and enjoys their fishing experience. She is a proponent of CPR (Catch, Photo, Release) so that the future generations can catch their personal best, which requires mindful conservation of which fish you take home. In her free time she loves to bake cakes and sweets. 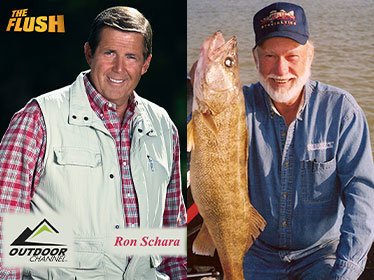 Ron Schara - As a journalist, Ron has been sharing the great outdoor experience with his readers for nearly three decades. His material has captured the attention of tens of thousands of fresh air enthusiasts by putting them as close to the subject’s setting as they can be. He also has his own Emmy winning programs, Minnesota Bound and Backroads with Ron and Raven. The latter has consistently been one of the highest rated shows on the outdoor block. 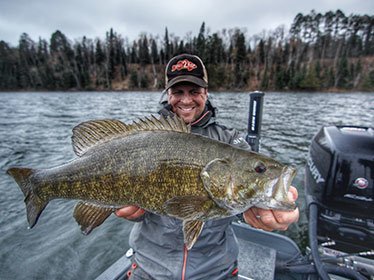 Ryan DeChaine began his fishing industry career with Lindner Media Productions, gaining nearly a decade of unparalleled experience in the creation of dynamic and compelling television programming and video production promoting the sport fishing industry. In his current role of VP of Video and Production at Wired2Fish, Inc., Ryan is responsible for overseeing the creation and measurement of Wired2Fish’s digital video content for wired2fish.com and its social media platforms, as well as producing award-winning video creative for some of the biggest companies in the fishing space. When Ryan isn’t wearing his content creator hat, he and his wife Jillian are raising outdoor kids and living the fishing lifestyle he promotes. 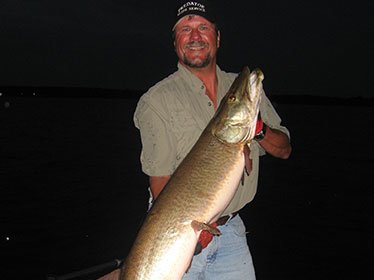 Steve Scepaniak is the owner and operator of Predator Guide Service and has been guiding for over 30 years. He specializes in muskie fishing, but also guides for trophy pike, walleye, small mouth bass and pan fish. He was the first muskie guide on Mille Lacs Lake in Minnesota and has guided clients from every state in the union and many other countries. Steve has written more than 100 articles on muskie and trophy pike fishing, appeared on numerous local and nationally aired television fishing shows, and has produced a weekly radio show on B 93.3 radio out of Brainerd MN, The Power Loon for the last fifteen years. His company W.S. Productions has published a number of educational fishing DVDs. Steve is a pro-staff member for Crestliner, Mercury, MotorGuide, Lowrance, Tooth Tamer Rods, Fudally Tackle, Suick Tackle, Mayhem Tackle Dream Catcher Tackle and a host of others. 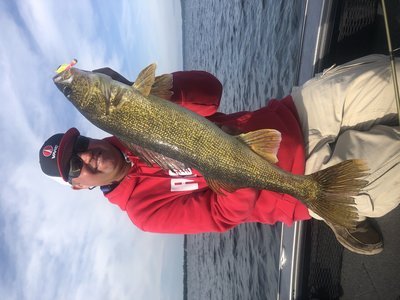 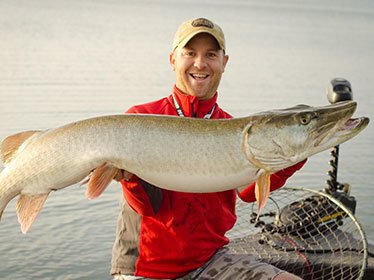 Travis Frank has worked in the outdoor world for over 15 years. At age 16 he founded a fishing guide business, Trophy Encounters Guide Service, guiding clients from all over the country. Driven by a passion to share stories of the outdoors, Travis joined the Ron Schara Productions team in the spring of 2008. Today, he’s a television producer by day and a fishing guide by night.

His stories can be seen on Minnesota Bound, Due North Outdoors, and The Flush & Rooster Tales. Travis regularly appears on outdoor radio shows on stations WCCO and KFAN. He also contributes fishing and hunting articles to a number of outdoor publications and his outdoor photography has been showcased in numerous national and local publications. 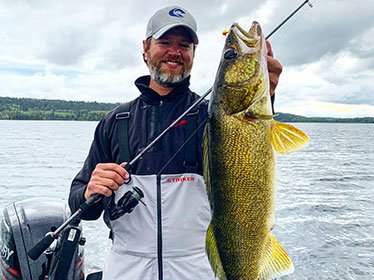 Tyler and his wife Sara produce and co-hosts the popular syndicated television series Sportsman's Journal. Tyler has fined tuned his skills on fishing high pressured, clear bodies of water where understanding finesse tactics are required. Known by his peers as an accomplished multi-species angler along with his uncanny ability to read "difficult" water and translate those tactics to others have made Sportsman’s Journal one of the highest rated series on Fox Sports North/Wisconsin. 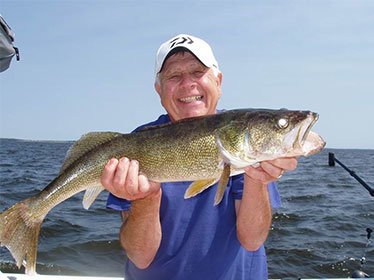 Minnesota’s own “Tackle” Terry Tuma has spent nearly his entire life sharing the virtues of fishing and remains one of the country’s most prolific fishing communicators. More than 40 years ago, Terry took a pro-staff position with a fishing tackle manufacturer and began hosting freshwater angling seminars and radio programs, eventually turning his part-time program into a full-time career for the Outdoor News Publications.
Today, his influence extends far beyond Minnesota and the Great Lakes region, thanks to his frequent television and appearances and web-based media. He appears regularly on Minnesota Bound and Due North Outdoors. He’s also been featured in numerous publications including In-Fisherman, North American Fisherman, Outdoor News, and the Clam Outdoors Ice Annual. He writes a regular blog on the Outdoor News website that is also linked to Facebook and a Twitter feed. In 2013, he was inducted into the Fresh Water Fishing Hall of Fame. He was also inducted into the Minnesota Fishing Hall of Fame in March 2017.